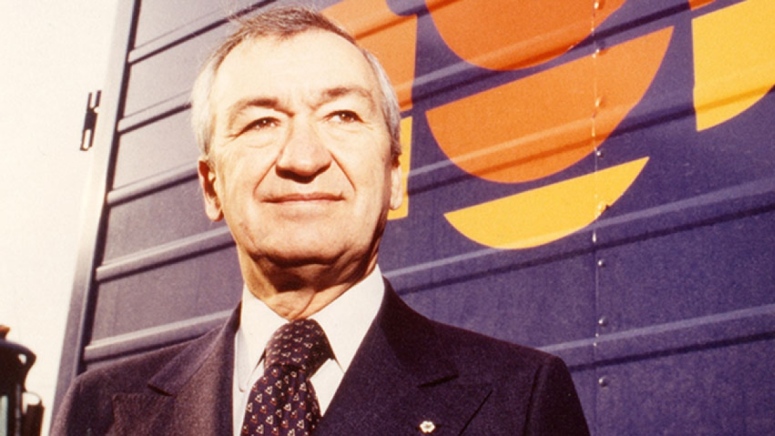 By the spring of 1983, as I approached the end of the fifth grade, I knew that most of my favourite TV shows were Canadian, and I also knew that the bulk of these home-grown favourites came courtesy of the Canadian Broadcasting Corporation.

I also knew, from my second season of watching the Halifax edition of CBC’s Switchback, that letters of praise sent to the stars and producers of these series were greatly appreciated and even generated positive responses. Emboldened by this knowledge, my 10-year-old brain determined that the best way to show my appreciation for the network responsible for so many entertaining, inspiring and just-plain-amazing TV shows was to write a letter of thanks to the CBC’s president.

And that’s how I wound up exchanging six years’ worth of correspondence with the man who not only ran the CBC for most of the ’80s but was also a former federal cabinet minister, the one-time commissioner of the Canadian Radio-Television and Telecommunications Commission, the father of Canadian content regulations for our nation’s broadcasters, and the namesake of the JUNO Awards, Pierre Juneau. 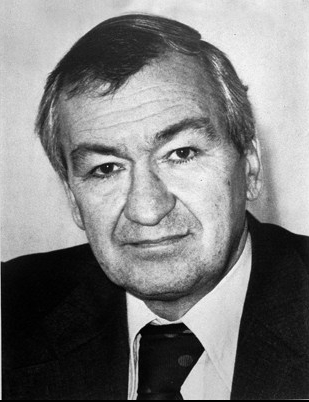 Now, to be fair, he didn’t respond to my first letter and had someone in his office send their best wishes. But I still thought it was rather mind-blowing to have a response from the network president’s office on actual CBC stationery, complete with the classic exploding-pineapple logo. Years later, I would learn that Mr. Juneau had only been on the job for a year when I first wrote to him, so it made perfect sense that his plate was too full to answer letters from 10-year-olds in Nova Scotia. (Or any other province, for that matter.)

Inspired by this first successful contact and swept up in the general excitement of having any kind of personal connection to the Mother Corp, I contacted Mr. Juneau’s office again later that year, with a letter in cursive writing on a sheet of loose-leaf that, once again, effusively thanked him for ensuring the continued production and broadcast of so many of my favourite TV shows.

This time, however, I upped the ante, sending Mr. Juneau a handmade Christmas card. It depicted an evergreen tree whose ornaments bore the titles of CBC’s most successful programs. Many of them were already favourites of mine: The Beachcombers, Fraggle Rock, Wayne & Shuster, Seeing Things, Switchback. The National and Hockey Night In Canada also got their own ornaments, even though I wouldn’t watch either on a regular basis for another few years. The exploding pineapple replaced the traditional star/angel atop the tree.

And this time I must have gotten either Mr. Juneau’s attention, or at least that of his administrative assistant. Because, just a few weeks into 1984, the president of the CBC did indeed send me a personal reply, telling me my letter and card were “both very much appreciated” and wishing sixth-grade Adam and his family “a very Happy New Year!” (The exclamation point was his, not mine. But it might as well have been mine.) 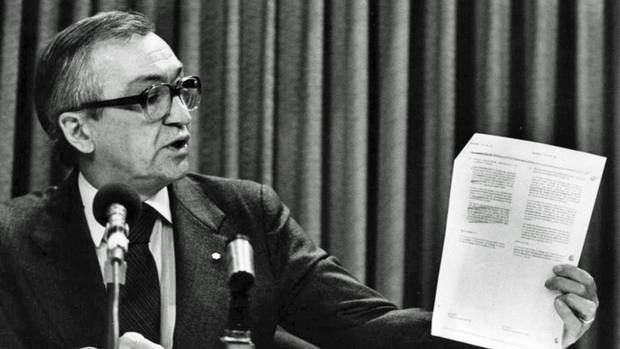 So I kept writing to Mr. Juneau. And he kept writing to me, sending me unique little CBC goodies along the way. In the fall of 1985, he sent me a copy of the official CBC season preview that would normally go out to TV critics and other media sources, giving me several pages’ of detailed information about CBC shows that I would come to love over the 1985-86 season, such as The Raccoons and The Frantics: 4 On The Floor. (Those two series are getting their own posts on this blog later this summer; stay tuned!)

In 1986, the CBC’s golden-anniversary year, one of my letters resulted in Mr. Juneau sending me a book entitled Let’s Do It! that summarized (in both official languages, of course) CBC’s outlook for the back end of the ’80s. I don’t remember all the contents, but I do recall some pooh-poohing about what the author(s) described as the “Rambo-ism” of American entertainment and the insistence that “Canadians do give a damn” about homegrown content on their TV networks.

In hindsight, that type of language has Pierre Juneau’s fingerprints all over it. After all, this was the co-founder of the groundbreaking Cité Libre magazine with long-time colleague Pierre Trudeau, who would later appoint Juneau to his cabinet even though the latter didn’t have a seat in the House of Commons. (The two men are depicted below.) That experiment represented a rare setback for Juneau, who failed to win a Commons seat in a 1975 by-election and subsequently gave up his cabinet post. But by that time, he had already revolutionized Canada’s radio and TV airwaves as chair of the CRTC, by introducing tough new regulations to ensure that Canadian content predominated everywhere from radio playlists and newsrooms to prime-time TV schedules. 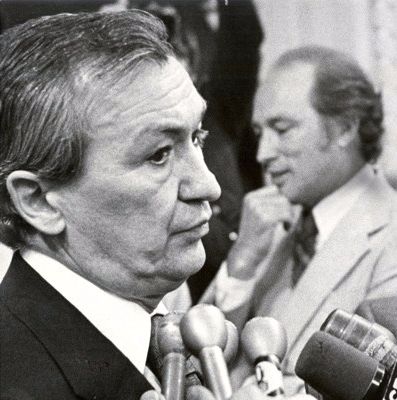 So I shouldn’t have been surprised that Mr. Juneau put such value on this correspondence with a young Canadian who was so passionate about the concepts he had valued and fought for throughout his life. I should have expected to feel him practically beaming through the mail when I received his response to a 1986 letter that alerted him to my newfound love for CBC Radio, particularly such flagship series as The Royal Canadian Air Farce, Double Exposure, Basic Black, and The Radio Show With Captain Jack Farr.

By this time, I decided to do something special for the CBC president. He probably needed a pick-me-up, since he had spent much of the previous two years dealing with draconian federal funding cutbacks at the hands of Brian Mulroney’s Tories. So I devised an awards show with an audience of one – the VOATPOC (Viewer-Organized Awards To Programs On CBC) – and typed up three pages’ worth of special trophies for my favourite CBC offerings. (In fairness, it also included at least one booby prize – I wasn’t fond of the imported British dramatization of The Secret Diary Of Adrian Mole, for some reason. But that’s another story for another time.)

I suspect Mr. Juneau wasn’t even remotely ready for something like that to arrive at his Ottawa office. I was even less prepared for the package that showed up at the post office in St. Peter’s in November 1986. Its contents: a veritable treasure-trove of CBC swag, including lapel pins, stickers, a baseball cap (which I still have and, on occasion, still wear), and commemorative stamps marking the corporation’s 50th anniversary. Oh, yes, and an enthusiastic letter from Mr. Juneau, thanking me effusively for my efforts and predicting that I would enjoy the new season of CBC-TV and CBC Radio programs, “many of which will no doubt land on your 1987 VOATPOC!”

The CBC ball cap, then and now: At the Societe-Radio-Canada building in Moncton during a Grade 9 class trip (left), and at MacBouch Beverage Room in St. Peter’s this past February, where Cathy and I co-hosted the annual Village On The Canal Trivia. No, Mr. Juneau didn’t send me that shirt; it was a gift from Cathy, who is wonderfully indulgent of my retro-CBC fashion sense.

Amazingly, Mr. Juneau’s dedication to the young CBC fan from Cape Breton Island didn’t end there. He dutifully and energetically replied to my second and third VOATPOC Awards, even quoting specific passages from these letters. (He seemed especially tickled when I described the 1987 awards as my “annual list of bouquets and brickbats” for the CBC.) And, in what still strikes me as a truly classy move, he even responded – in great detail – to the one critical letter I sent him in the summer of 1988, requesting answers regarding The Journal’s coverage of the abortion issue and CBC Halifax’s refusal to renew the contract of one of my other early broadcasting heroes, Switchback host Stan “The Man” Johnson.

My relationship with Pierre Juneau would only know two moments of sadness. The first came when I learned that he was retiring, in 1989, after seven years as CBC’s president. (My letter wishing him happiness in his future endeavours was answered by a member of his office staff; I hope Mr. Juneau was just too busy wrapping up his CBC work to respond and that he wasn’t put off by the previous, more critical, letter I just described to you.)

The second bittersweet moment occurred early in 2012, when Mr. Juneau died at the age of 89. I was touched by the flood of praise for his tireless work to promote Canada’s arts and culture community, and suddenly struck by the fact that, in the midst of all this, he still responded to the letters of a boy from a small community in Atlantic Canada with enthusiasm that transcended the ivory-tower image of anybody who was ever president of anything.

That boy grew up to develop a longstanding respect and affection for the CBC, interning at its Halifax radio newsroom in late 1994, midway through his last year at the University of King’s College School of Journalism (below). And Mr. Juneau’s passing came halfway through my decade-long role as a freelance on-air correspondent with CBC Radio One’s Cape Breton edition of Information Morning. (That show’s host, Steve Sutherland, even interviewed me on-air about my childhood and adolescent exchange of letters with Mr. Juneau the day after his death.)

In this digital era, where the request to “Like” a network, series or personality on Facebook seems like the epitome of consumer-producer connections, I hope I never forget the example of Pierre Juneau, who set a standard that the CBC – and all other media types – would do well to follow today.

One thought on “Canada 1983: Signed, The President of the CBC”