I had many ways of learning and using the alphabet as I turned four years old in 1976 – books, toys, games, helpful hints from my parents, and of course, Sesame Street (in TV, book, toy and record forms).

But as my toddler days rolled along, I was also watching a game show that gave me a whole new appreciation of the alphabet and likely kick-started my lifelong love of puns and wordplay – specifically, CTV’s Definition.

By the time I discovered Definition in 1976, it had already been on the air for two years, with original host Bob McLean (who I never actually saw on the series, or anywhere else) replaced by the show’s first off-stage announcer, Jim Perry, in the second season. While I also caught snippets of Perry’s hosting gig on another CTV game show, Headline Hunters, during my childhood, I wouldn’t learn until years later that he was actually born in Camden, New Jersey and had a lengthy career as a comedian, singer and TV/radio announcer in the U.S. before emigrating to Canada with his family in the early ’70s. The six-foot-four Perry even had a three-year gig with comedy legend Sid Caesar in Las Vegas and appeared with Caesar on his TV specials, billed under his birth name Jim Dooley.

With such an impressive pedigree, I shouldn’t be surprised that, as a wee lad discovering Definition and a middle-aged pop-culture addict reviewing clips of the show on YouTube, I’m impressed with Perry’s personable charm, dry sense of humour and ability to keep the proceedings moving along without getting flustered or overly enthusiastic. (Perry himself once noted that he’d turned down jobs on several of the bigger, flashier, rowdier American game shows because “I don’t want to deal with people dressed up as bananas. I’d like to do something literate, something that maybe brings a little uplift to television.”)

TV networks on both sides of the 49th parallel also took to Perry, booking him for hosting gigs on the likes of It’s Your Move, Moneymaker, Card Sharks, and $ale of the Century while tapping him as a panelist for such series as Password. He also hosted the Miss Canada Pageant from 1967 to 1990, famously keeping his cool when a pageant protester hit Perry with a packet of flour during an on-camera segment in 1975. And, if you’re in the mood for a nice thick slice of Canadian cheese, give a listen to “The Fairest Girl in Canada,” the song Perry sang to open several years’ worth of pageants. (Warning: Once you’ve heard it, you can’t un-hear it.)

Back to Definition: There’s a common myth that the series ripped off Wheel of Fortune by asking its contestants to fill in word puzzles by choosing one letter at a time, Hangman-style. Apart from the fact that Definition debuted in 1974, a year before the original, Pat-and-Vanna-less Wheel of Fortune, the CTV show also played to its contestants’ and viewers’ sense of humour – or lack thereof – by making all the answers puns.

For example, the clue “Don’t eat so much” teed up the answer “OBSERVE THE FEED LIMIT.” Were you “engaged to the king”? Then he must be your “REIGN BEAU.” And my personal favourite, solved in one turn by a contestant that immediately picked the letter Z (that’s “zed,” not “zee”): “A certain type of dessert on a cracker” was – say it with me, now – “PUDDING ON THE RITZ.”

And so on, and so forth. Small wonder that the show always opened with announcer Dave Devall quickly reading a clue, giving the pun-laden answer, and pausing for the audience to groan before he introduced Perry. To his credit, Perry always seemed to strike the right balance between finding these jokes genuinely funny (as I did as a child and, in many cases, still do as an adult) and recognizing stinkers for the duds they were and quickly moving on, giving Definition a friendly, brisk pace that was a welcome change to the bells, whistles, sirens and hyperactive theme music of, say, The Price Is Right or Let’s Make a Deal.

As impossible to ignore as the hit-and-miss puns: The low prize budget on Canadian game shows like Definition as opposed to their American counterparts. Occasionally, contestants in the Definition Tournament of Champions got a chance to win a car or similarly-sized prize, but most of the time, it was Ginsu knives or T-Fal frying pans that were the spoils for the pun-guessing victors. (I remember reading a TV Guide article in the late ’80s about a father-and-son team that appeared on Definition and gamely applauded their prize even though they had no idea what they’d actually won: “In retrospect, we must have looked pretty silly cheering for those Sea Queen ladies’ swimsuits.”)

Definition also served as my first glimpse of many celebrities from either side of the border, as “regular” contestants got the chance to play with a famous partner for the series’ first ten years. I vividly remember Sesame Street’s Bob McGrath showing up in the early ’80s, and on his fourth of five episodes, shocking me by whipping out Grover and having the furry blue Muppet chatter away with Perry. (McGrath does a pretty good Grover voice, but even as a kid I was totally surprised that the Children’s Television Workshop, to say nothing of Grover’s originator Frank Oz, would give him permission to do that.)

Although Definition left the CTV airwaves after fifteen seasons in 1989, its cultural impact lingered on, partly due to its use of the 1962 Quincy Jones chestnut “Soul Bossa Nova” as the series’ theme song. As a white kid growing up in rural Nova Scotia, I wasn’t even close to comprehending funk, but I knew my TV theme songs, and for a generation of Canadian kids, that swinging tune was “the Definition music.” (Until roughly the mid-’80s, that is, when an obvious sound-alike version of “Soul Bossa Nova” suddenly started kicking off daily episodes. I have no proof that Jones’ music publishers came sniffing around CTV, or whether they were placated by the network’s generous offer of T-Fal frying pans, but I suspect that was a factor in the theme-music change.) 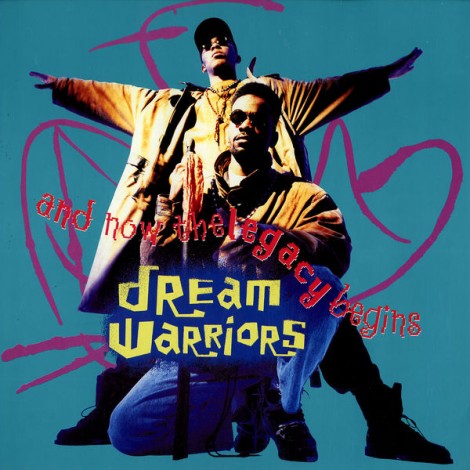 Less than two years after Definition’s 1989 demise, the Toronto hip-hop group Dream Warriors incorporated “Soul Bossa Nova” into the lead-off single for their debut album …And Now The Legacy Begins – the song’s title, “My Definition of a Boombastic Jazz Style,” leaves no doubt as to the group’s inspiration (particularly with the repetition of “my definition” in the chorus). The song cracked the top-20 charts in the UK (where it peaked at #13), Sweden and Switzerland – but, curiously, not in Canada, where we actually got the joke King Lou and Capital Q were trying to make.

Similarly, I’d like to think that it’s not an accident that Mike Myers, who grew up in Scarborough and was 11 years old when Definition debuted in 1974, used “Soul Bossa Nova” to open up all three of his Austin Powers movies, even incorporating Jones himself in the opening credits for the third, Austin Powers In Goldmember.

By that point in time, Jim Perry had retired from television, returning to the States with his family and briefly resurfacing to write a couple of self-awareness books in the ’90s. He passed away in 2015, hopefully receiving some nice parting gifts in the process.

(Or, at the very least, no frying pans.)