I will always be jealous of my wife Cathy because she got to see one of the biggest moments in the history of space travel – the 1969 moon landing, complete with Neil Armstrong’s “one small step for man” speech – with her family as it was broadcast live on TV.

Not only did I miss that moment, but when I finally learned about the incredible journey of Canada’s first astronaut, Marc Garneau, it wasn’t from a newscaster, a teacher or even my parents. It was from a comedian – specifically, Canadian-born Norm MacDonald, roughly a decade before he was seated in the Saturday Night Live Weekend Update anchor chair.

During his routine at the Just For Laughs Comedy Festival in Montreal, MacDonald marveled at the fact that “Marc Garneau was the first Canadian in space…” [Pause] “…since William Shatner.” [Scattered giggles from random Star Trek fans in audience]

My mouth dropped open. My reaction was something along the lines of: We had a Canadian in space? And I had to hear about it from a COMEDIAN?!? 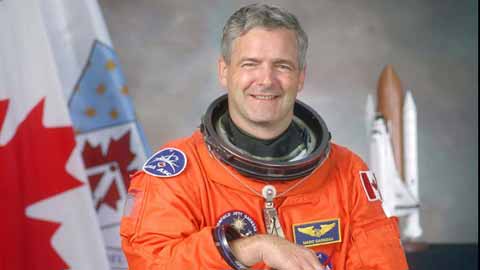 Now, don’t get me wrong. It’s not Norm MacDonald’s fault; I’ve always had a soft spot for him. But it feels weird that I didn’t get my Walter Cronkite moment with the man who not only broke the Canadian space barrier in the fall of 1984, but returned to space in 1996 and 2000 and also spent four years as the president of the Canadian Space Agency.

That being said, I’m grateful that, unlike the grand majority of the people who witnessed Neil Armstrong’s historic moon landing, I actually wound up being able to shake the hand of Canada’s first astronaut.

In early 2013, with just over four years in Parliament under his belt as the Member of Parliament for the Montreal-area riding of Westmount-Ville Marie, Marc Garneau came to Nova Scotia to campaign for his bid to become the new leader of the Liberal Party of Canada. He wound up pulling out of his campaign just a few weeks later, with the Justin Trudeau train bearing down on the party’s most recent leadership convention. But in the dying days of this sprint across Canada, he made a stop at the SAERC high school auditorium in Port Hawkesbury, Cape Breton to chat with students about his time in space.

I happened to be there as a staff writer for The Reporter, so I’m happy to share a few first-person observations of life among the stars, from Marc Garneau himself.

On the morning most young men of his generation could only dream about: “At three o’clock in the morning, they woke us up, and I was really glad that I slept well, because it’s like the night before Christmas when you’re a little girl or a little boy – you’re really excited, and you have trouble falling asleep.”

On the period directly before his 7 a.m. countdown: “It’s very quiet, and it’s a really tough time, because you also know that, in two and a half hours, they’re going to light up that shuttle and you’re going to go into space. So it’s a time when you think about your family and you think about all sorts of things.”

On the moment after ‘Blast Off’: “In the two minutes following those two rocket boosters firing, you are in the hands of God, because there’s nothing you can do if there’s a problem. Those are solid rocket fuel, and you can’t turn off solid fuel… So at the end of those two minutes, you’re going up at 45-hundred kilometres an hour, and they separate and they fall back in the ocean, and they’re recovered. But you keep going for six and a half minutes, and by the time you get into space, you’re going at 28,000 kilometres an hour – that’s the same as eight kilometres per second.”

On the “privilege” of being one of only 150 people – and only nine Canadians – to see the Earth from space: “It sort of changes the way you feel about things. You realize that all of us human beings live on Planet Earth – there are 230 countries on this planet, and we all share this planet.”

On his surprising choice for his first space meal: “Shrimp cocktail was pretty popular, because the astronauts love that orange sauce a lot, because you get stuffy out there and the orange sauce has horseradish, and that really opens up the nasal passages.”

On his equally-surprising second space meal: ”I think I had macaroni and cheese as my second thing, and for dessert I had fruit salad and a brownie, followed by M&M’s…We really liked eating candies out there. So I was the first astronaut in the history of the world to gain weight in outer space.”

On re-adjusting to gravity upon returning home: “If you watch astronauts when they get off the shuttle, when they walk down the steps, they’ll hold on to the side because they really feel wobbly, and they’ll walk with their feet spread apart because they’re worried about tipping over. If you’re astronaut coming back from space, you don’t turn a corner quickly, because otherwise you would fall over – you turn a corner very, very slowly in the first few hours.”

On the likelihood that his early-2013 audience of high school students would see future space travel within their adulthood: “We will go to Mars in your lifetime. Humans have not gone back to the moon for several years, but one day, we will go back.”

While Garneau was chided by critics and cynics for playing up his astronaut past during his aborted leadership campaign, it’s hard to argue with this assessment of his time heading up the Canadian Space Agency: “I was responsible, every year for four years, for $300 million of the taxpayers’ budget to make sure that the space program went well here in Canada, so I have a very good track record from that…What I’m presenting myself as is as a personal who has demonstrated leadership skills.”

And today, as Canada’s Minister of Transport in the Trudeau administration, I can only assume that this early-2013 assessment of the Liberal Party of Canada actually came together just in time for the federal election in the fall of 2015: “We know that it’s very important that Canadians understand that we’re united, and we can’t afford to not be united as a team.” 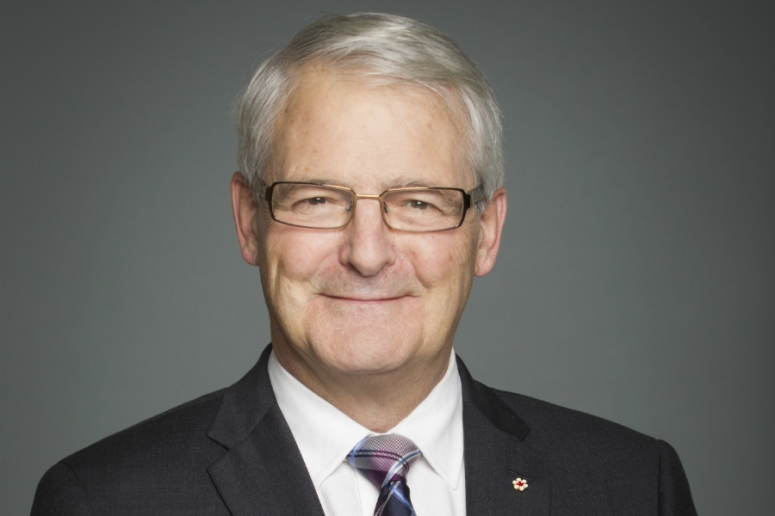 So, as I’m prepare to end a 10-year run in the print media this Friday (didn’t see that coming, did you?), I’ll always be grateful for the little time I got to spend hearing the wisdom of Canada’s first astronaut, and I hope he’ll always feel a little bit of zero-gravity as he deals with the burdens and trials of government.

(FOOTNOTE: An excellent video profile of Marc Garneau is available at this link.)