Every Sunday morning, after we attended Catholic Mass services in L’Ardoise, my parents would take me and my sister down the hill to my grandparents’ house for our weekly lesson in Canadian federal politics.

You see, my Grandpere, Frank Mombourquette, was a dyed-in-the-wool Tory, as were several other members of my mother’s side of the family. So it didn’t take much goading from one of the few Liberals in the room – usually my Dad – to launch a political argument of epic proportions, especially during my formative years of the ’70s and ’80s.

As a five-year-old, I had no idea why these well-dressed men I had never met always seemed to raise the volume and temperature in a room full of people I loved. But I shouldn’t have been surprised, especially in the late ’70s, when political junkies across the country were taking their cues from the early stages of live TV broadcasts from Canada’s House of Commons. 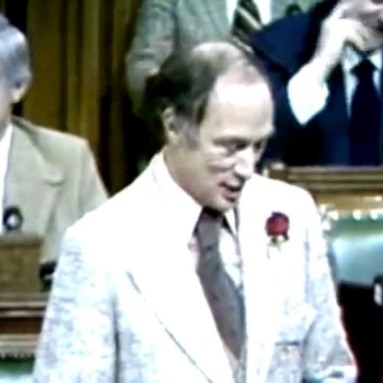 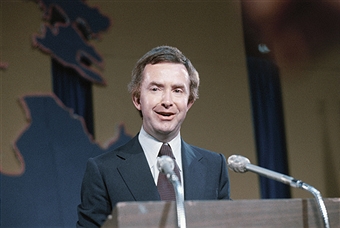 To see what I mean, take a few moments to check out this 1977 footage of the Canadian Broadcasting Corporation’s first day of running live cameras in the House. On the surface, it actually seems downright civilized, with Prime Minister Pierre Trudeau (above, left) and Opposition Leader Joe Clark (above, right) rarely raising their voices. But you’ll notice from the very beginning of that CBC clip that whenever a Member of Parliament or party leader rises to speak, other MPs from the same party pound their desks and holler witticisms like “Hear, hear” or “Shame, shame” – practices that, bizarrely, are still in place today.

The whole thing even inspired long-running Canadian comedians Wayne and Shuster to set Parliament to music with the satirical production number “Question Time.” It went a long way towards making sense of the House of Commons for my young brain, and a couple of elementary-school friends of mine would even sing it with me during recess. It didn’t hurt to continue this “education” with a steady diet of CBC Radio comedy series like Royal Canadian Air Farce and Double Exposure. The edgy British puppet series Spitting Image took the insanity of its own country’s parliamentary procedures to similar comedic lengths in the 1988 music video “House of Commons/Commons of House,” confirming that the apple didn’t fall far from the tree in terms of political grandstanding within the British Commonwealth. 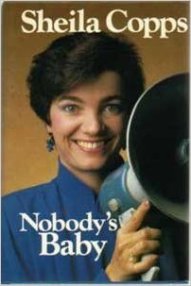 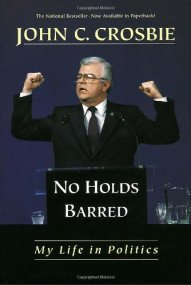 But hey, why let comedy shows tell you how Canada’s Parliament operates when you can go right to the source (and often get bigger laughs)? In the mid-’80s, with the Progressive Conservatives back in power, Newfoundlander John Crosbie took on a few different cabinet posts and also took on rookie Liberal MP Sheila Copps more than once. Most famously, in 1985, Crosbie – then the Minister Responsible for the Status of Women, no less – took issue with Copps’ hollering from the Opposition benches and bellowed “Just quiet down, baby,” to which the Hamilton firebrand shot back that she was “nobody’s baby.” (The proof is here, along with proof that several of Crosbie’s Tory colleagues thought his original remark was hilarious.)

Bizarrely, Crosbie wasn’t finished with Copps, joking at a PC fundraiser in 1989 that her first name reminded him of the 1980 Bobby Bare country song “Tequila Sheila,” specifically the lyric “Pour me another tequila, Sheila, and lay down and love me again.” The audio feed from that clip depicts a whole lot of laughter; no such response followed fellow Tory MP Bill Kempling’s grumbling of “What a slut” in 1991 after he retracted his suggestion, in the House, that Copps should “go back to the sewer.” (That incident actually wound up on a weekly news test I was taking at the King’s College School of Journalism at the time; to this day I still find it weird to recall seeing “what a slut” staring up at me from a university test paper.)

The early-to-mid-’90s was arguably a low point for House of Commons misconduct. Shortly after Copps vs. Kempling (above), Tory MP Jack Shields tried to quiet NDP MP Howard McCurdy – the only African-Canadian MP of the day – with the admonition “Sit down, Sambo.” Even Prime Minister Brian Mulroney wasn’t immune, allegedly sputtering “F—ing bastard” at Liberal MP David Walker. (Mulroney is in a much better place today, serenading Donald Trump with “When Irish Eyes Are Smiling” at Florida wing-dings; Crosbie, meanwhile, went on to serve as Newfoundland and Labrador’s Lieutenant-Governor from 2008-13.)

The Parliamentary sniping continued under Jean Chretien’s Liberals, with a whole whack of new MPs – including several from two new parties, the Bloc Quebecois and the Reform Party of Canada – joining the fray. Reform MP Darrell Stinson distinguished himself on two occasions, describing PC Leader (and future Quebec Premier) Jean Charest as a “fat little chubby little sucker” before moving on to his piece de resistance, a bug-eyed challenge to a Liberal MP that had allegedly called Stinson a racist. (Click here to hear the word “gonads” entered into the parliamentary record, and to hear Stinson’s fellow Reform MPs begging him to drop the Rocky Balboa act.)

The political pendulum eventually swung back to the right with the election of Stephen Harper’s Conservatives in 2006, but the MP’s exchanges didn’t get any less bizarre. Want to hear the Minister of Foreign Affairs explain how Canada would handle a zombie apocalypse? Here it is, with NDP MP Pat Martin asking the question and Conservative attack dog John Baird giving a surprisingly sincere-sounding response. Speaking of dogs, want to hear Baird’s predecessor Peter MacKay launching a canine insult at his former girlfriend, Conservative-turned-Liberal Belinda Stronach, shortly after the government changed hands? It’s all here, in all its cringe-worthy glory. How about the future Prime Minister, Justin Trudeau, hollering “piece of s–t” at then-Environment Minister Peter Kent in 2013? The exchange – and Trudeau’s embarrassed retraction – are right here.

The arrival of Trudeau in the Prime Minister’s seat occupied by his dad at the dawn of Parliamentary TV coverage did little to eliminate the House of Commons hullabaloo. Only seven months into the new era of Liberal rule, Trudeau took matters into his own hands when several NDP MPs blocked a Conservative from returning to his seat, angrily crossing the aisle to break up the schoolyard silliness and bumping into Quebec New Democrat Ruth Ellen Brosseau in the process. The mortified PM offered three separate apologies in two different venues (including the House) over the following 24 hours; despite opposition MPs’ insistence that “Elbow-Gate” was akin to sexual assault, several further breakdowns of the actual series of events (including this moment-by-moment video analysis) absolved Trudeau and put the blame on the opposition MPs holding up official Parliamentary business in the first place. Subsequent opinion polls suggested that most Canadians wouldn’t judge Trudeau by this incident, as the Liberals maintained (and continue to maintain) their healthy lead over the other parties. 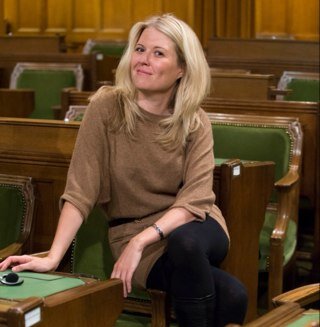 So, four decades later after the ballyhooed arrival of TV cameras in Canada’s House of Commons, Parliament Hill continues to veer back and forth from the sublime to the ridiculous. This is the hallowed ground of Canadian politics, where Conservative MP Michele Rempel (above right) and Green Party Leader Elizabeth May can argue over the appropriateness of Rempel’s description of the Liberals’ treatment of Alberta as “a fart in the room.” This is the sacred centrepiece of democracy, where my own MP, Cape Breton-Canso Liberal Rodger Cuzner, has made an annual pre-Christmas tradition of re-writing Clement Clarke Moore’s “A Visit From St. Nicholas.” (Mind you, the results are actually pretty entertaining – here’s how Rodger and his rhyming dictionary fared in 2011, 2012, 2013, 2014, 2015 and 2016.)

All of a sudden, that Wayne and Shuster song doesn’t sound so silly after all. And all of a sudden, I can picture my Grandpere smiling in heaven over all the insanity that breaks loose in Ottawa – and on TV screens across Canada, courtesy of CPAC – on a regular basis.