I didn’t expect this to be a long blog post, because I’m not actually a Neil Young fan and don’t own any of his albums. (I can hear you filing my deportation papers already.)

I figured I’d wrap up my week of ramblings about the year I was born by doing a quick commentary about “Heart of Gold,” which actually topped the Canadian singles chart twice in 1972 – first on April 8, and then again a month later. As much as I enjoy “Heart of Gold,” I didn’t expect to have so much to say about it, especially since I didn’t hear it in its entirety until over two decades after its original release.

So there we are – a short commentary about a lovely song, and then we knock off for the weekend.

Except Neil Young had other ideas.

See, that’s the thing: Neil Young always had other ideas. Among his best: If you can’t stand for long periods of time and play/write electric guitar songs because of a back injury, sit down, haul out the acoustic guitar, and write some classics. That’s how he got the soulful, powerful sound on “Heart of Gold” (backed up by the best harmony singers Young could scrounge up at the time, Linda Ronstadt and James Taylor), and a handful of other acoustic songs released on his 1972 album Harvest.

Harvest’s success, and that of “Heart of Gold,” seemed to catch Young off-guard. In the liner notes of his 1977 compilation album, Decade, Young described “Heart of Gold” this way:

“This song put me in the middle of the road. Travelling there soon became a bore so I headed for the ditch. A rougher ride but I saw more interesting people there.”

That didn’t stop Neil Young from singing “Heart of Gold,” nor did it stop other artists from recording it. (I’m still struck by Lawrence Gowan’s cover, recorded for the 1994 Neil Young tribute album Borrowed Tunes. If that’s too much for you to handle, feel free to sample Gowan’s version of The Guess Who’s “These Eyes,” recorded for his 1997 greatest hits album.)

Apart from “Heart of Gold,” here are my other favourite “other” Neil Young ideas:

1988: Recording “This Note’s For You,” a cheeky broadside against pop stars selling out and doing commercials. The video features, among other things, a Whitney Houston lookalike dousing a Michael Jackson lookalike with diet pop after his hair catches on fire a-la the ill-fated commercial shoot Jacko did for Pepsi in 1984. MTV initially refused to play “This Note’s For You,” but then named it “Video Of The Year” at the 1989 MTV Music Video Awards.

Also 1988: Reuniting with David Crosby, Stephen Stills and Graham Nash for the American Dream album, whose title track remains the most relentlessly-catchy condemnation of crooked politicians and hypocritical televangelists to date. (Once you hear that opening flute riff, you’ll never get it out of your head.)

1989: Releasing “Rockin’ In The Free World,” which is probably still my favourite Neil Young song. Dissing Bush The Elder’s “thousand points of light” and “kinder, gentler nation” nonsense from the previous year’s U.S. election campaign, it lit up a generation craving change and became part of Young’s manifesto to the still-in-its-infancy grunge movement. (That movement returned the favour on multiple occasions, most notably Pearl Jam’s nearly two decades’ worth of tours, performances and recordings with Young, including this electrifying 2011 Toronto appearance.)

2006-onward: Embracing the new wave of late-night TV hosts. It all began with Stephen Colbert, who invited Young to join him on his Comedy Central fake-pundit parody series The Colbert Report. Young chatted with Colbert – then in his right-wing blowhard persona – for a few minutes before whipping out his guitar and launching into the opening line of the not-especially-subtle Bush The Junior slam “Let’s Impeach The President.” Of course, the interview then abruptly ended, but Young’s relationship with Colbert didn’t, as he returned to TCR shortly before its final episode in 2014 to join Colbert for a duet (pictured above) on “Who’s Gonna Stand Up (And Save The Earth)?” Young has also shown up multiple times on Colbert’s edition of CBS’ Late Show, doing battle with walking, talking, genetically-modified corn and gently discouraging Colbert from using one of Young’s biggest hits as The Late Show‘s new theme song.

Young also made some memorable NBC late-night stops, playing another of my favourites, “Long May You Run,” to wrap-up Conan O’Brien’s far-too-short, ill-fated tenure as The Tonight Show’s host. But the best was yet to come for that particular series, as current host Jimmy Fallon has made Young a recurring character among his stable of celebrity impressions, singing everything from Iggy Azalea’s “Fancy” (with the real Crosby, Stills and Nash) to The Fresh Prince of Bel-Air’s theme song to the Young classic “Old Man.” And wouldn’t you know it, Neil Young himself showed up midway through that particular song (pictured above) and seamlessly joined in.

Trust me: If I’m Neil Young at the age of 71 and I’m seated next to someone three decades my junior, dressed as me, warbling “Old man, look at my life, I’m a lot like you were” in my direction, I’d better have a good attitude about life, the universe and everything.

Not to mention a Heart of Gold. 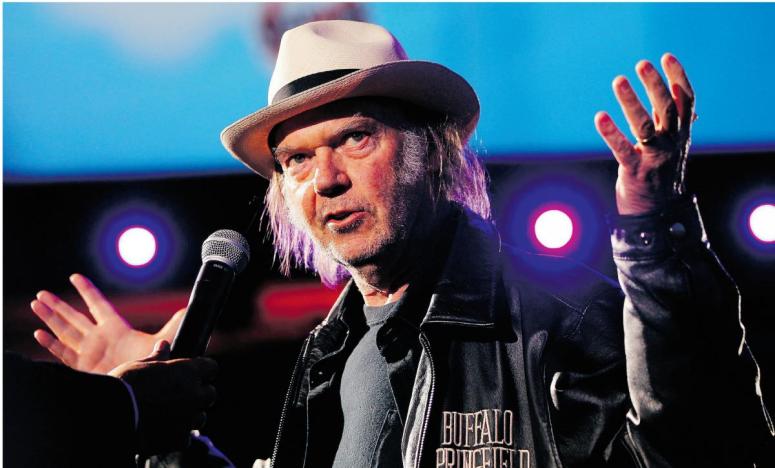 One thought on “Canada 1972: Neil Young’s Heart of Gold (and Sense of Humour)”